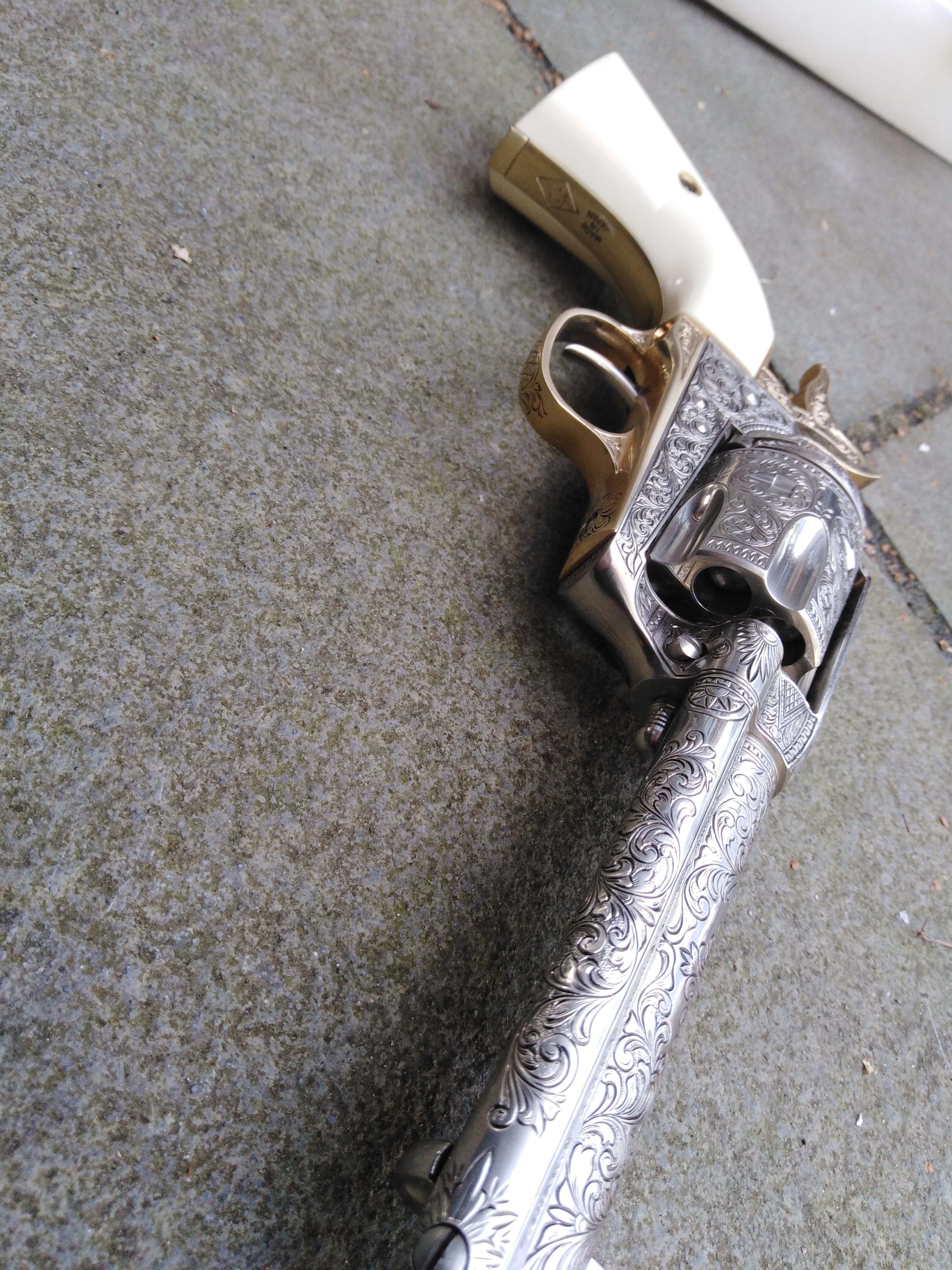 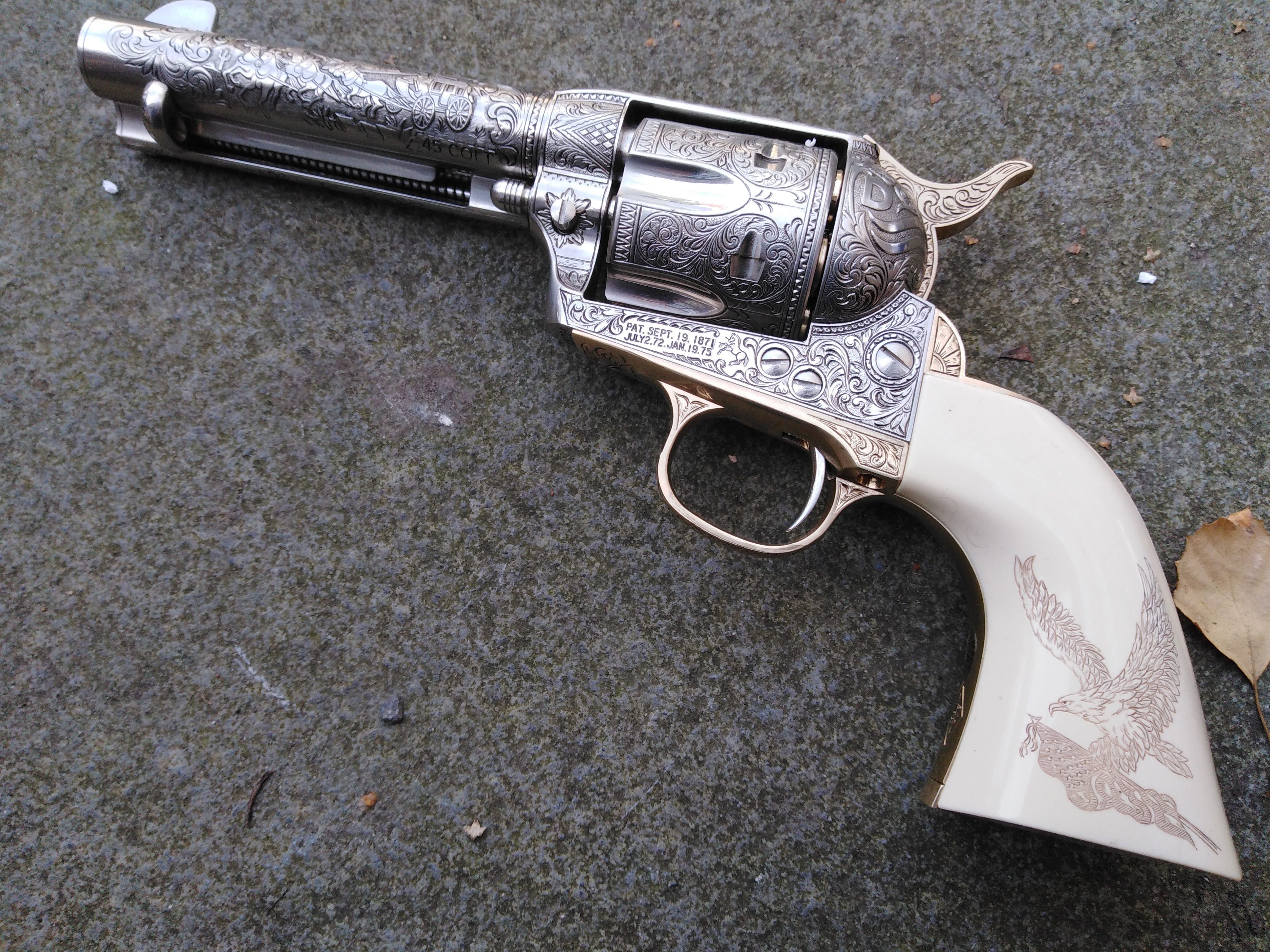 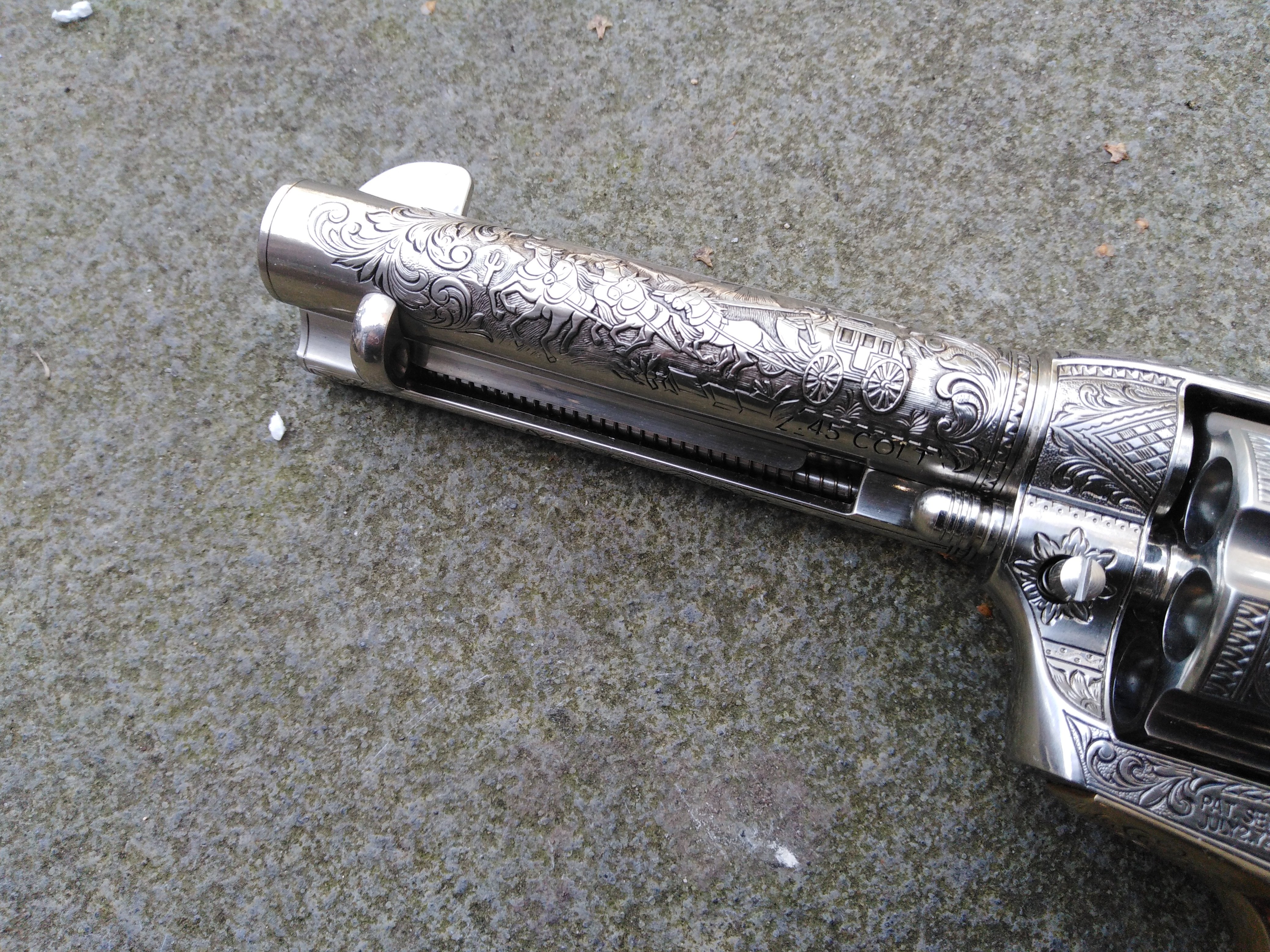 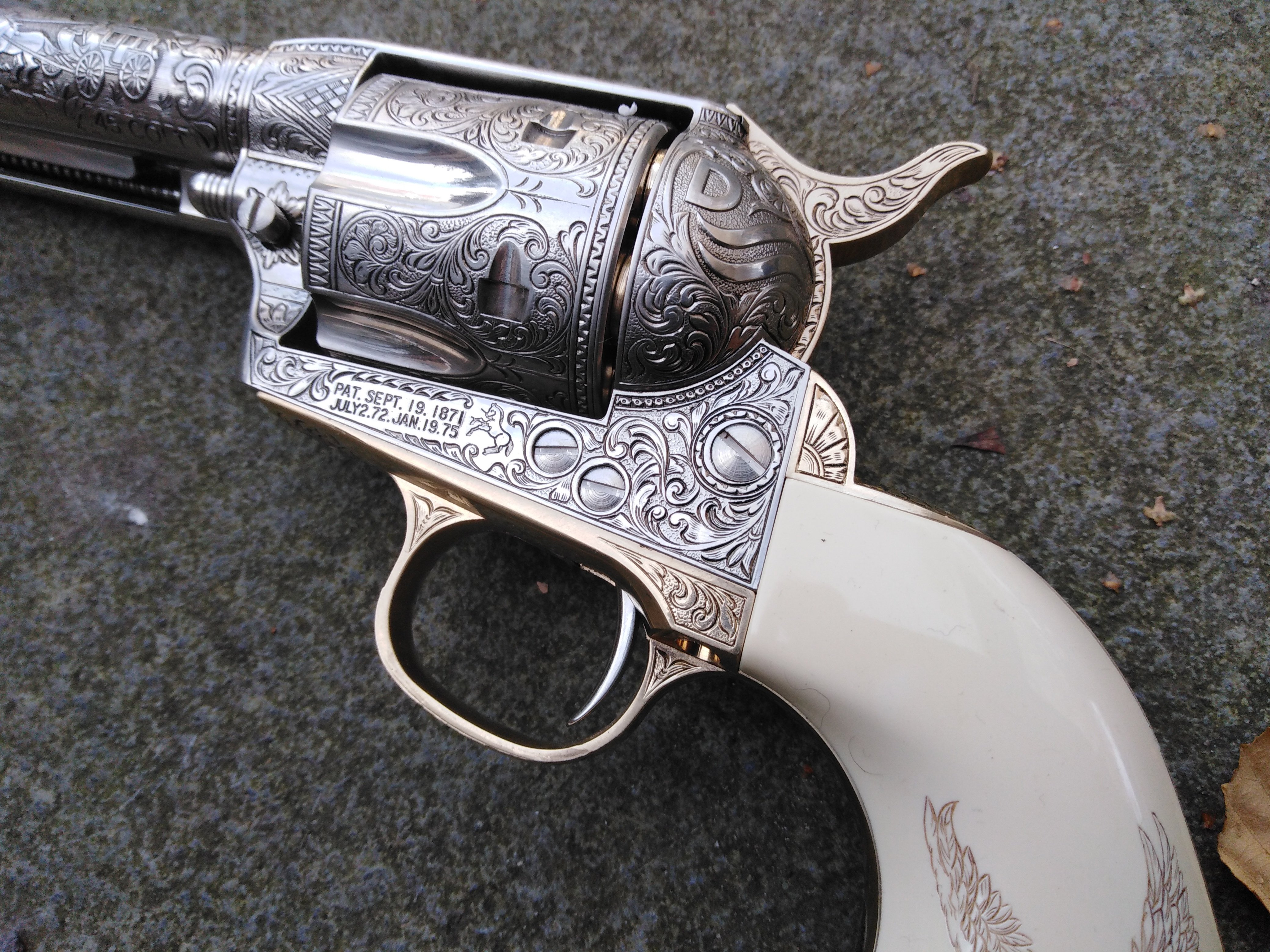 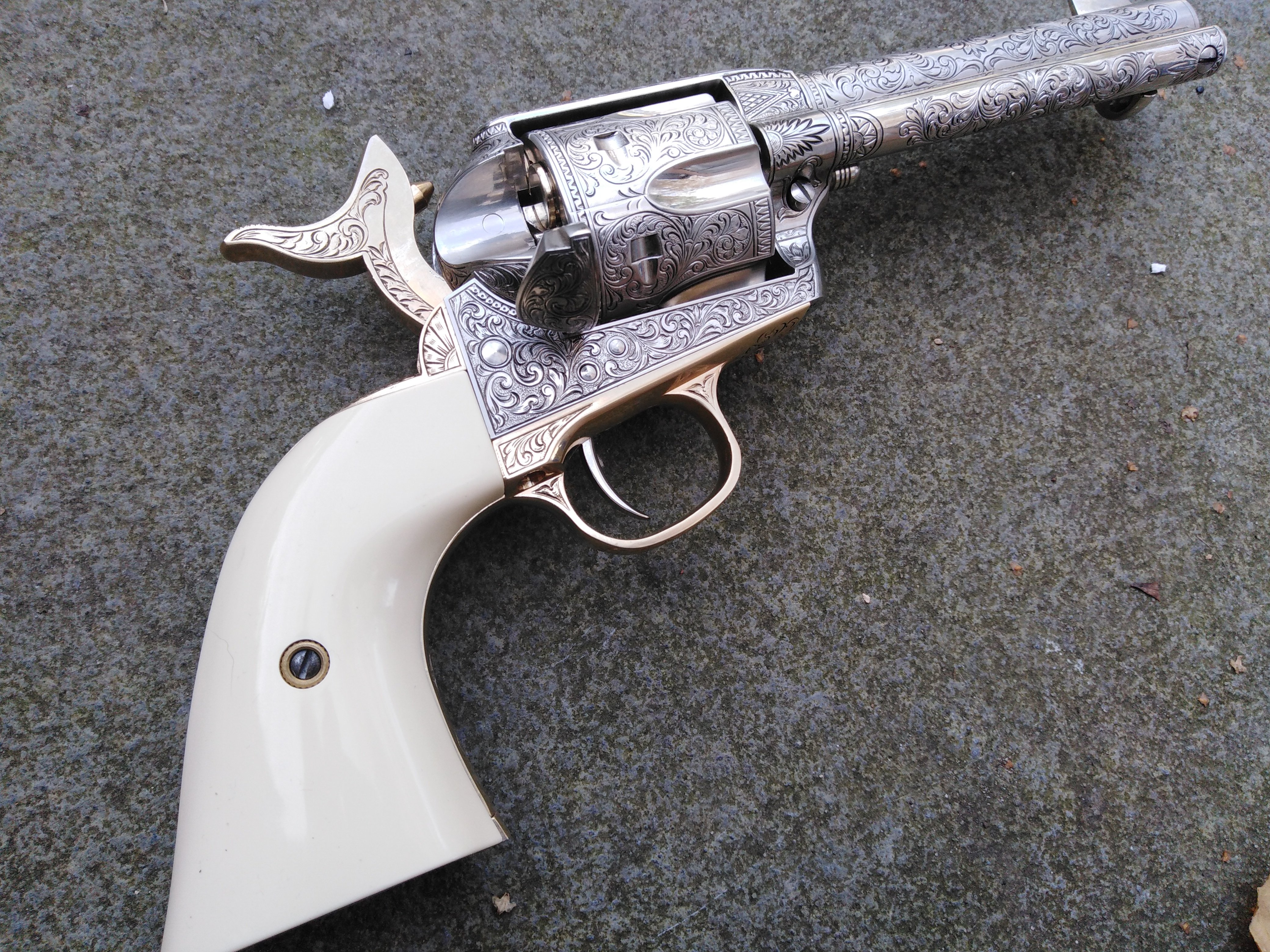 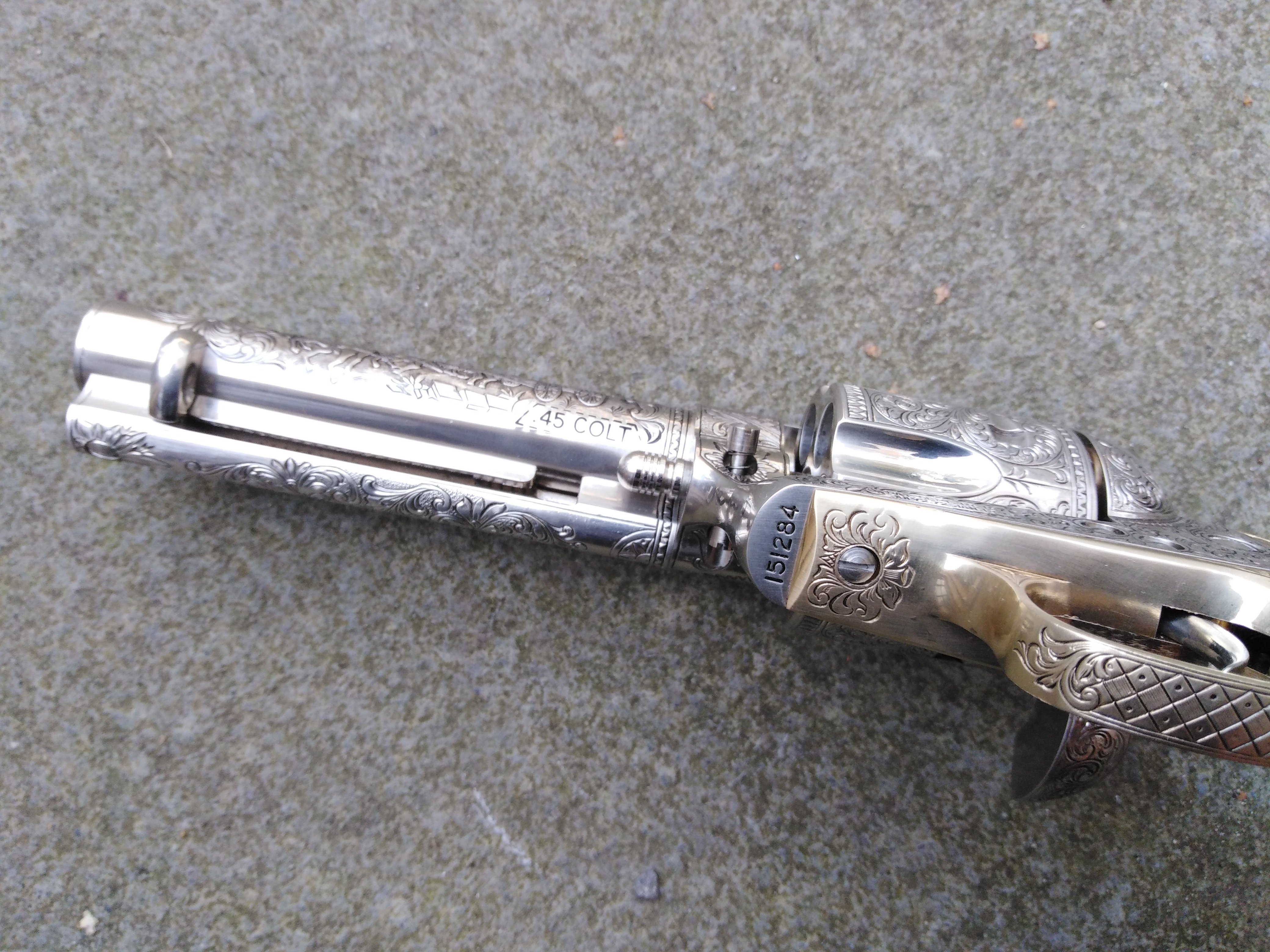 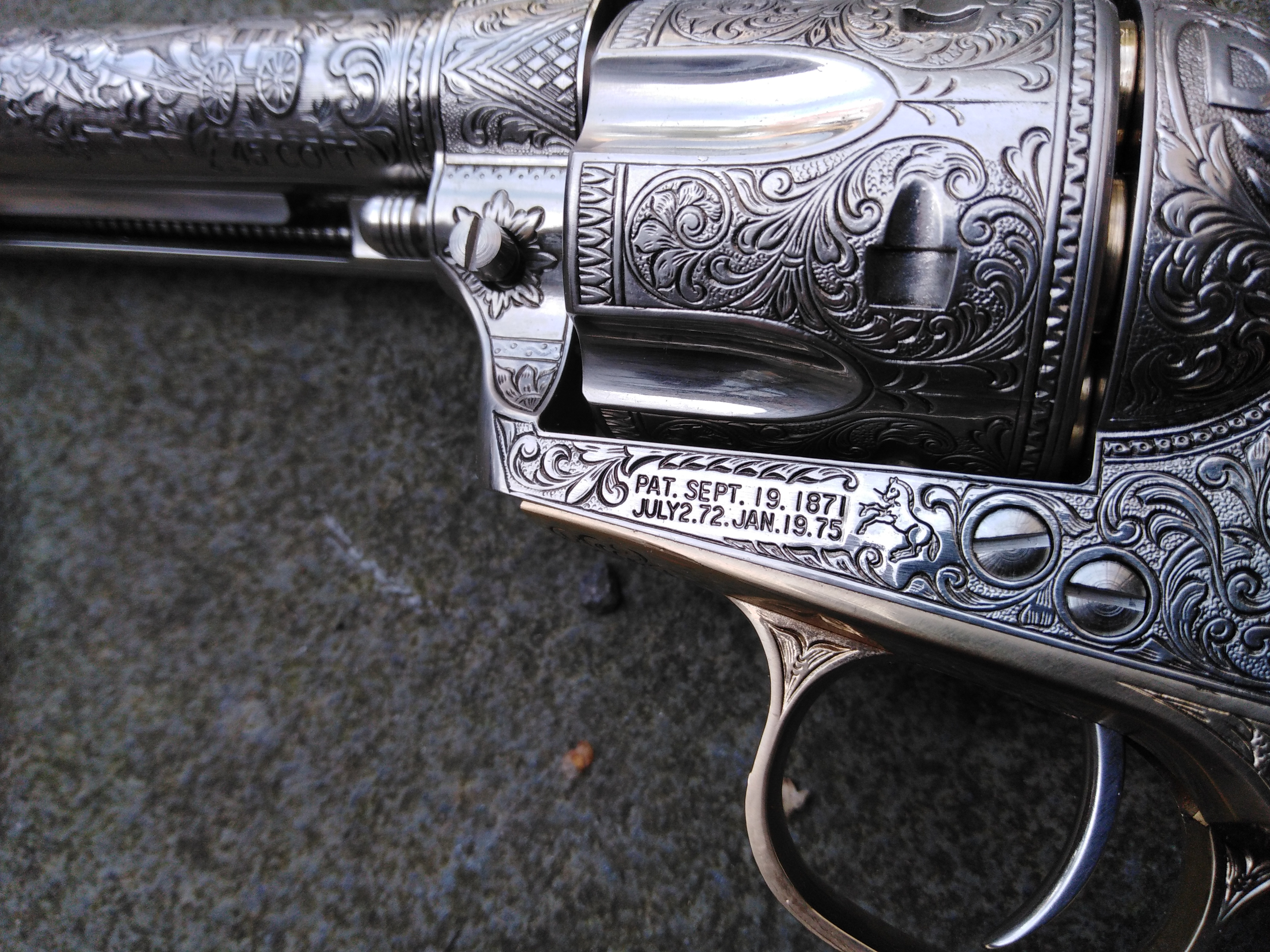 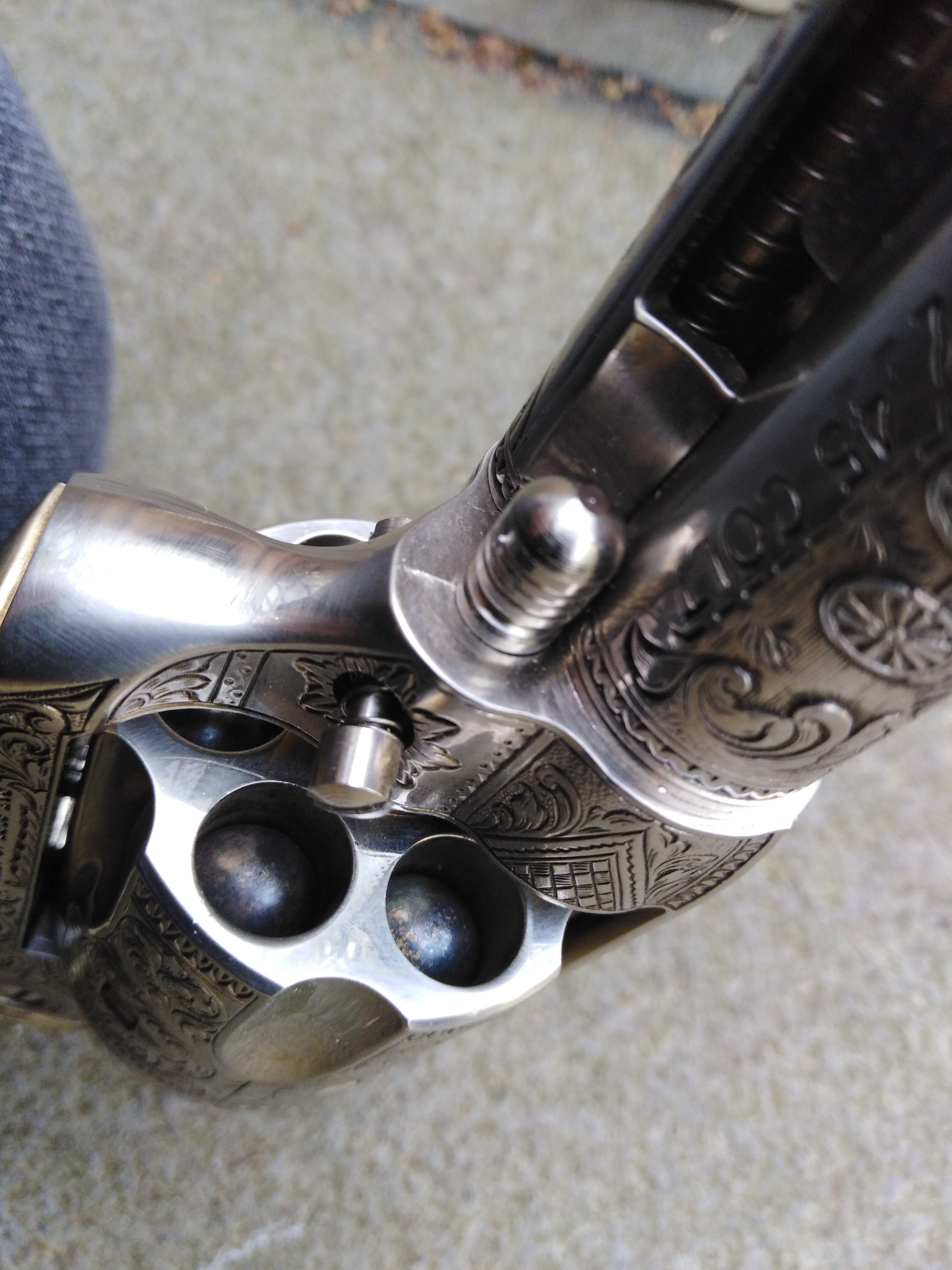 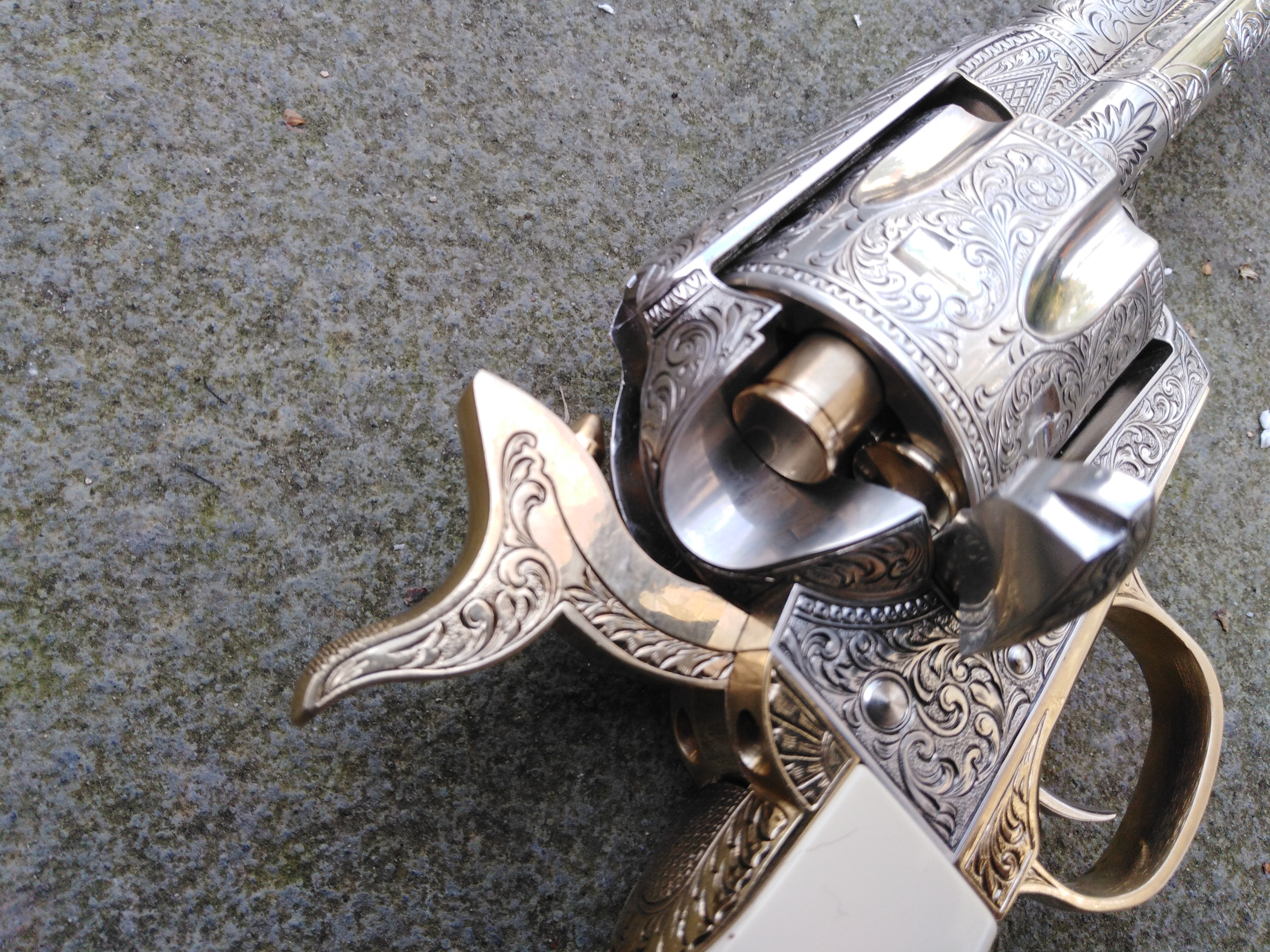 This is a limited edition Franklin Mint reproduction of the gun that was that was custom made for John Wayne in 1885. It was designed to his specific personal tastes and abilities. The detailing of this replica gun is exact,

An exact replica of a special revolver that was made by Colt for John Wayne. It is exact in every detail. The body is nickel plated and extensively engraved with gold plating, and bears the same serial number of the real revolver, 151284. John Wayne's signature is engraved on the grip strap.  It is not designed to load bullets or fire them (however we have made dummy shells that fit in to give the cylinder a loaded look!) but the hammer, trigger and chamber all work. The chamber can be removed as well.

First sold by Franklin Mint in February 1992 for $450 . A similar replica was later issued for the Centenary celebration in 2007 but did not have the display frame and did not have his signature on the back of the grip as this one does.

A well known Collector's Classic replica guns and are one of the finest replicas in the world today. Unique Display gun! see the pictures, Very hard to find now!
PRICE: £ 235.00